On little captions and head lice

ds106 assignment on captioning a photograph. 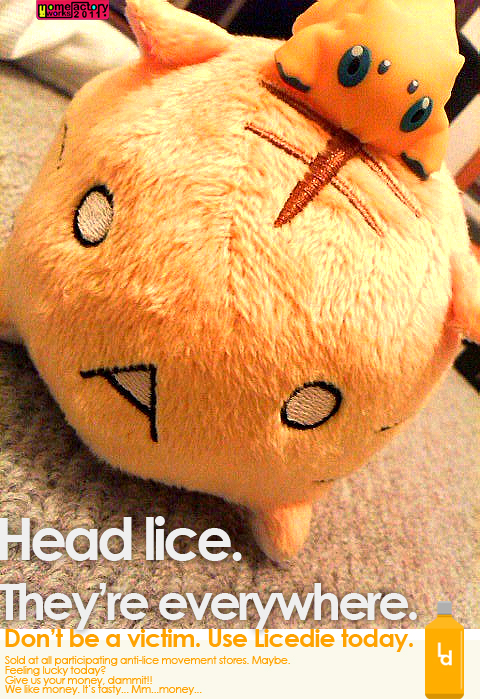 Decided to look through my Flickr account for a photo to start with and ended up choosing this as a base. From the image, the impression I got was, as you can imagine, head lice and I decided to go off from there with the caption of "Head lice. They're everywhere," itself inspired by the "Ninjas. They're everywhere" motivational poster spoof.
After settling that though I had a bit of a brainstorm (hey, it's near midnight!) and decided to go a little further and turn the thing into a silly shampoo ad. This didn't take much time or effort, with the bottle image referencing generic bottle shapes on Google image search, and the text just meaningless mumbo-jumbo that came out of my head (again, midnight :p).
So. Don't be a victim.

P.S. Oh and as for the original photo, it was a submission to The Daily Shoot website on the topic of "Yellow". I like yellow. Can ya tell? :D
Posted by mome at 23:57